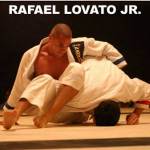 What better way to celebrate the quintessential american holiday then with, arguably, the most decorated american in the history of sport BJJ, Rafael Lovato Jr!?  This Wednesday RLJ will be releasing his “Ultimate Pressure Passing System” (UPPS) media tutorial.  Fortunately I have a bit of an in and got a sneak peak at RLJ’s latest project and I must say it does live up to the hype!

Ever been to a class, or seminar, and have a high ranking BJJ professor yell the command “Build your posture” or “Better base?”  These are two of the most overused and misunderstood instructions in BJJ today, as very few instructors actually explain what they mean in a succinct manner.  Enter Rafael Lovato Jr. and his detail oriented eye for positional dominance.  If you have spent more then 5 minutes on the mat with Prof. Lovato Jr. they you know his passion for teaching is unquestionable (check out the review I did of the seminar I attended a couple of years ago), and he is bringing that passion to the internet with his first instructional project, “Ultimate Pressure Passing System.”

Renown on the competition scene for his brutal pressure and balance when passing the guard of some of the best heavyweights in the world, RLJ has released a interactive learning platform that incorporates over five different levels which contain more than 40 learning modules dealing with all aspects of RLJ’s guard passing, forcing half guard, as well as a special “Calf Slicers” module with guest instructor Justin Rader (becoming an american no gi grappling legend himself).  Not only is this a three plus hour repository of guard passing instructionals, but Lovato has also created an online community to support questions, troubleshooting, as well as offering “coaches clinics” where you can conference call and ask the man himself questions regarding the UPPS.

Built upon the theory of; “When is the best time to pass the closed guard??”  The answer at RLJ Academy OKC is: “IMMEDIATELY!!!”  Here is a level by level breakdown of what you will have 24-7 access to with the UPPS: 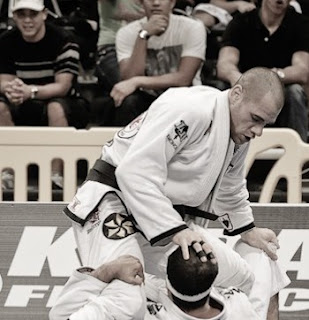 Putting it All Together:

Technically this series is shot beautifully with Lovato being very aware of showing a couple different angles each time.  The student gets the impression they are in a private lesson with RLJ and the instruction is quite clear.  I experienced no audio hiccups nor technical problems.  Login is easy and quick and navigation of the site is super simple.  I have yet to try much on my i-phone, but it seems to load quick enough.  All the instruction is top notch and the producers were cognizant enough to ensure each demonstrator was in contrasting gi color’s with RLJ (shameless plug for 1914 Kimono’s…. check out the various colors at 1914 BJJ). 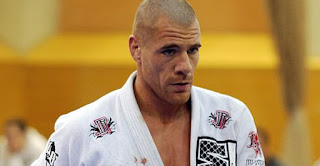 In the end this gets 10 tap out’s out of a possible 10 finishes!  RLJ actually guides the student through a progressive series of planned attacks and strategies and that really is the gem of this learning platform.  If the student pays close attention they will notice a significant jump in the efficacy of their rolling, as following this series will surely improve your pressure, position, and teach you how to attack and impose your will even when in “defensive” positions!
Click here to start learning the Ultimate Pressure Passing System today!
Train Hard.  Train Smart.Jake B.