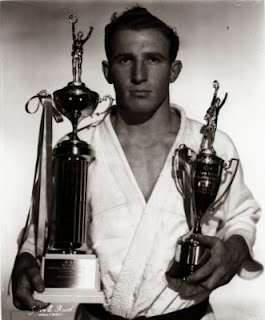 Long before it was called MMA, back in the day before it was called a “lockdown,” there was a man that could be argued the forefather of mixed martial arts LONG before most of the Gracie family was even born… “Judo” Gene LeBell!  A man of integrity and spirit, Gene was always game to fight as he demonstrated in his NHB fight versus pro boxer Milo Savage.

Check out this great mini-documentary from Roots of Fight!