Fellow bloggers over at MMA Nuts shared this interesting read that heed’s some sobering advice from former UFC fighter Nate Quarry.  Apparently Nate himself posted this on an online forum: 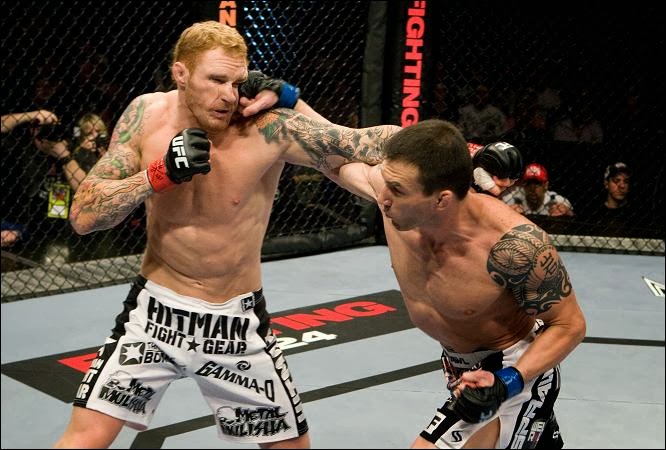 People have no clue from the outside what it’s like to fight for the UFC. After spending 10-15 years chasing your dream only to see that the company it’s been your dream to fight for cares nothing about the fighters and only cares about the bottom line.
When I was fighting for the UFC we got X-Mas presents like an iPod. A very bottom of the line iPod but it was still cool. Now the guys get a gift certificate to the UFC store and can use it ONE day. Any money they don’t spend on that day is forfeited.
A fighter gets to use the gym at the hotel he’s fighting at for free. The cornermen and everyone with him have to pay. So I’m helping Leben make weight the day of weigh ins and have to pay to go sit in the sauna with him. The UFC couldn’t say, “The fighter gets 3 people to go into the gym with him the week of the fight.”
That’s just nickel and dime stuff.
With every little bit they try to squeeze out of the fighters, the more the other organizations will look more attractive.
I’m incredibly grateful for the opportunity to fight for the UFC and everything I have besides my daughter has come from fighting. But let’s not fool ourselves. It’s not a charity. It’s a business. And they are doing everything they can to make money. The fighters are just a product to use and discard. Every up and coming fighter is the best ever. Every ex-fighter who then expresses an opinion is a coward, loser, etc, etc.
I fought for the world title for $10,000. Not a penny more. No bonus. No cut of the PPV. The gate alone was 3.5 million dollars. The third highest gate in UFC history at the time. And they must have loved the fight cuz they show the final punch at the start of EVERY UFC PPV. 🙂
And that’s fine. Because it’s a business. But sooner or later the allure of fighting in the UFC will not be as attractive as fighting for an organization that takes care of you, appreciates you, will let you have sponsors to help make up the income gap, doesn’t trash you when you think for yourself, and on and on. Just like every business you work for. It’s funny to me to hear people cheer for Dana when he says things that if he was your boss and he said them about you, you would be looking for another job. But when you’re signed to a contract, you can’t go anywhere. No matter how much you want to.
When I retired I received a form letter, EMAILED to me that said, “Should you choose to fight again you are still under contract with the UFC.” I didn’t even get a hard copy with a real signature that I could frame.
As I said, I love what the UFC has done for me and my family. And specifically what Dana has done for me.
But I also know it’s a business. And that’s the best piece of advice I can give to wanna be fighters. Fight for the love of the game. But you better treat it like a business. Because the promoter handing you a contract sure will.