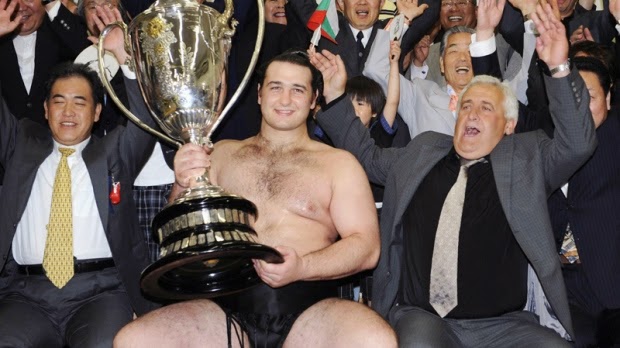 One of my favorite Sumo wrestlers, Bulgarian born Kotooshu has announced his retirement from professional Sumo.  The first European ever to win the Emperors Cup, Kotooshu’s 12 year career has been plagued with injuries which seem to have become too much to handle.  I just wanted to say thank you for the past decade of amazing fights in the art of Sumo.

Here is video of day 12 of the Haru Basho which includes the announcement of Kotooshu as well as a great match at 11:19 between Hakuho and Kisenosato.  Kisenosato attempts to be “cute” and play a bit of a mind game with the yokozuna which in general is typically not a good idea.  Lessons were learned:

An interview from 8 years ago:

Arguably his greatest match defeating Asashoryu on his way to winning the Emperors Cup in 2008:

Training with the one of the Dirty Dozen of BJJ