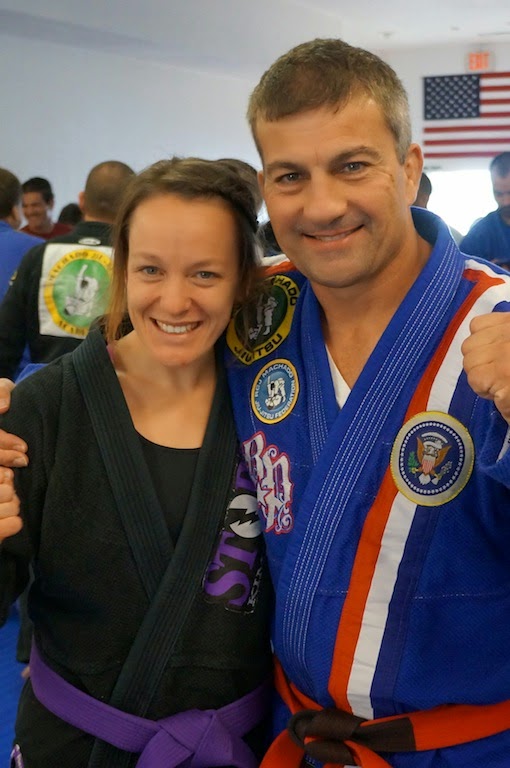 Here is a great short interview with Red black belt Carlos Machado of RCJ Machado fame, where he discusses the role of women in Brazilian Jiu Jitsu with Tracey Vandry.  In a time of misogynistic attitudes and approaches even in our martial arts, it is nice to see an advocate for equality on the mats especially from a Brazilian leader such as Carlos.

Here is a snippet, to read the entire article click here.

“Since BJJ has become more popular, and its’ benefits are apparent to the female public, it started a great demand. I know in the past in Brazil women were not encouraged to practice BJJ because of the exclusive point of view that BJJ was predominantly a male sport. Once people realized that this was not necessarily the case, and for self-defense reasons, women could benefit tremendously from BJJ, the barriers were gradually broken. Today, more and more women join BJJ schools. It is a healthy, safe, exciting and effective self-defense method for men and women alike.”