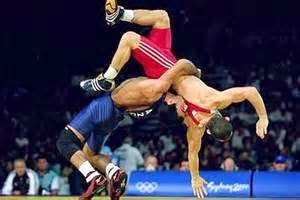 Nice to hear a positive, non racially slanted articles on immigrants and one of the MANY positive attributes they  bring to this country.  The NY Times presented this great article on how immigrants from Uzbekistan have had an amazingly positive effect on the community in their New York City neighborhoods! “After the Soviet Union collapsed in the early 1990s, many high school teams drew Russians, Ukrainians and Poles, followed by immigrants fleeing conflict in the Balkans, helping to fuel an expansion of wrestling in the city.   There are now 78 boys’ wrestling teams in the city’s Public School Athletic League, compared with 25 in 2005. (Two years ago the league opened wrestling to girls, and there are now 20 girls’ wrestling teams).But the Uzbeks’ arrival over the last five years has been of a different magnitude.   “The Uzbek influx has certainly brought a great deal of energy and excitement,” said Ken Bigley, the Public School Athletic League wrestling supervisor and the director of programming for Beat the Streets, a nonprofit group that promotes wrestling and provides supplies to the league.”
Click here to read the entire article. Detroit Kali – A Study In Counters