March matness wrapped up with a bang for 2015 as THE Ohio State Buckeyes won their first NCAA wrestling title in 94 years of grappling in Columbus!  Nothing short of a storybook season for the Buckeyes who claimed the Big Ten title just a couple weeks ago, the NCAA tournament was back and forth until the finals where the Bucks clinched the team title.  In a nice show of respect and love the entire squad wore patches on their singlets emblazoned with “KK” in honor of Kosta Karageorge, the wrestling/football team mate who took his life last year after suffering from concussions and the depression often associated with such head trauma.  A class act by a world class team. 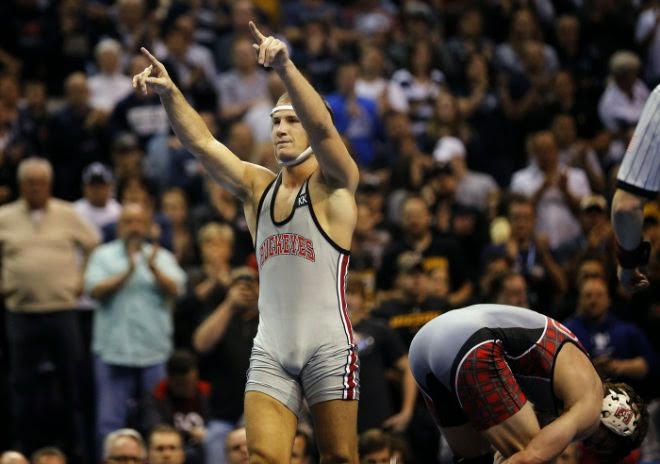 Led by senior Logan Steiber who won his fourth individual title, only the fourth in NCAA history to ever do so (Pat Smith / Cael Sanderson / Kyle Dake ).  Sink your teeth into that… only four individuals ever to win four titles.  More folks have spaced walked, climbed Everest, and been to the moon.  An absolute cherry ending to a storied collegiate career and it could not have happened to a more humble, gracious athlete.

“I’m extremely proud of my teammates,” said Stieber, who finishes the season with a perfect 29-0 record. “As an individual to win it’s amazing. For the team, it’s something I’ve dreamed of ever since I came to Ohio State. When I was a freshman in high school I dreamed of doing it my senior year of high school. We did it and I’ve been dreaming of it for four years here at Ohio State and to finally do it, it’s unbelievable.” – Intermatwrestle
.com

Nathan Tomasello also took his first title at 125 with outstanding wrestling by Jordan, Courts, and the entire wrestling squad coached by Tom Ryan who could not be prouder of his boys!

I cannot express my happiness for the Buckeye squad, but even more fulfilling was the fact I got to share dual meets and the Big Ten Championships live with my family and girl.  One of the greatest sports on earth shared with the greatest family and loved ones.  What more could one ask for?

Well… I won’t lie… a National Title certainly does not hurt;) 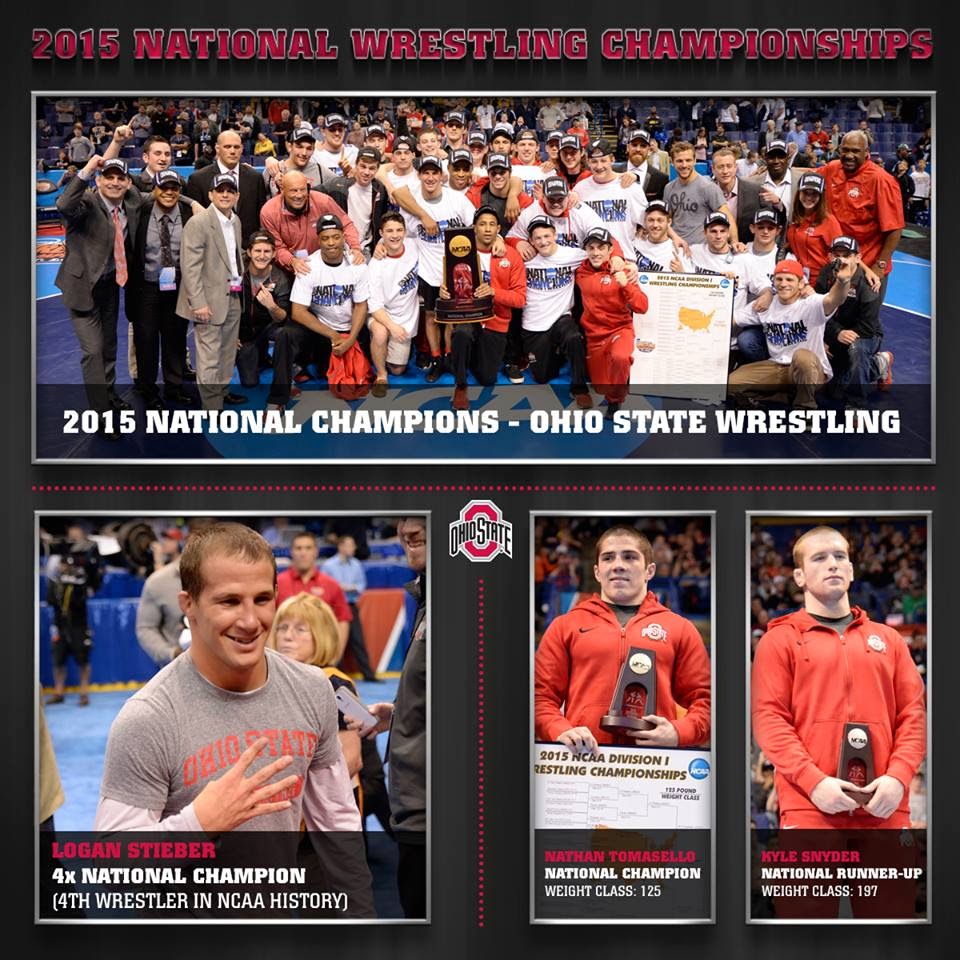 Samurai: Beyond the Sword – Review of the Samurai Exhibit at the Detroit Institute of Arts