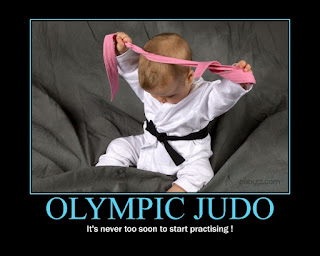 Here is what I could scrape together as for a television schedule for grappling based events at the 2012 Olympics.  As you peruse the list you will most assuredly will start to frown as the coverage for wrestling is decent, certainly not great.  Where women’s Judo is barely on the radar, men’s Judo is all together absent.  I am trying to find out if we can view the Judo matches elsewhere.  If anyone has a tip please email me ([email protected]) or post in the comments section below.

Judo throws down starting Saturday with the men’s -60kg division and womens -48kg.  Progressively climbing the weight categories day by day until Friday the 3rd of August.  The main website is London 2012 where you can find all sorts of stats and info.  The lack of coverage is especially discerning since we have two Judo athletes from the Seattle – Tacoma area: Travis Stevens was born in Tacoma, WA. and Marti Malloy is from Oak Harbor, WA.  Kicks ass guys, the Pac NW is behind you!

Frustrating that wrestling, one of the founding cornerstones of the Olympics, has such piss poor coverage.  How do we ever expect to get BJJ or any kind of submission wrestling into the Olympics with such poor support and coverage!?  No one reads anymore so television is sadly the main source of information, so come on NBC give us some ippon’s!

So frustrating that NO men’s Judo will be televised!  So in the meantime check out this video from our friend Georgette and tell me this is not more exciting then diving (plus it has a sick track from one of favorite hip hop groups Snowgoons!):

Here is the edited grappling list.  Full schedule of all televised events can be found by clicking here!

“Find What You Love and Let It Kill You”