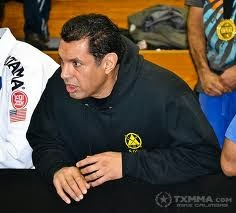 Seth Daniels and Brett Boyce run a great tournament and are innovators in their own right.  This past Saturday the WGC hosted a tournament in Houston, TX. where accused rapist Nick Shultz (surely you all have not forgotten that TLI debacle!?) showed up to compete.  Fellow RCJ black belt, and all around good guy Alvis Solis confronted Nick and politely told him to leave:Here, in Alvis’ words:”  So, I was coaching one of my guys and thought I saw Nick out of the corner of my eye across the mats. I finished with my guy and looked in that direction..didn’t see him..so I walked in that direction, and saw that he was trying to hide behind this guy.    So as I was walking towards him, he was talking to (…), so I walked right up to Nick and asked what the f— he was doing here? I told him you don’t belong here and that no one wanted him here..he said I didn’t do anything, I said both you and I know that’s a lie..and (…) pulled him away.    I then ran into Seth, he talked to Brett and they got this huge guy to escort Nick out..Nick argued the whole time that he didn’t do anything..Afterwards, talking to Seth, I found out that Nick had asked Seth if he could compete, Seth said no, and that he shouldn’t show up either..Nick didn’t respect that…oh, and I have gotten a lot of favorable responses from people, but also some that feel I should leave Nick be.”    That’s Alvis’ report, and according to a friend who was table ref at a mat nearby, Nick was in attendance “coaching” for Paul Thomas aka Judo Paul, who I’ve written about here previously.  In fact, last time I worked this tournament in November, Paul swore up and down he’d never let Nick back in his academy.”
Rumor has it Shultz is training with Draculino (PLEASE say that is not so Draculino!!!!) and that Shultz is planning on competing in the IBJJF’s Houston Open this weekend.  Lets make sure we let IBJJF and Shultz both know that he is not welcome to any of our events!  Please check out Georgette’s blog which is the central hub of information in regards to scum bag rapists in our sport/art!  Click here to read her entire post and please do bookmark her site to visit daily.