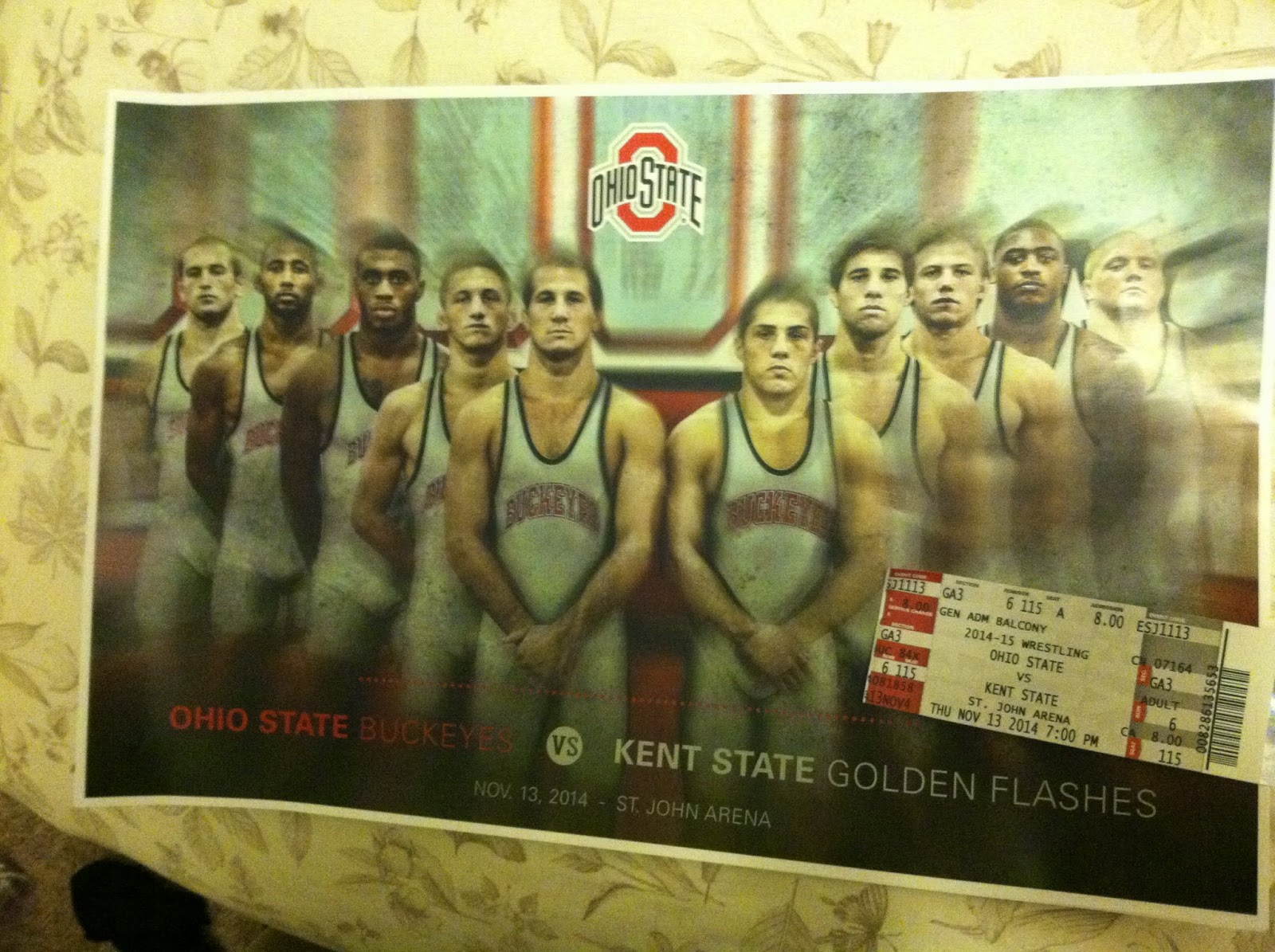 The seasons first snowflakes whisked through the crisp air as we shuffled into the historic St. John’s Arena on the campus of THE Ohio State University.  The Buckeyes were to face Kent St. at the home opener for the 2014-15 wrestling season, one filled with murmurings of the possibility of Ohio States first national championship. This would be my first live Ohio State wrestling match. 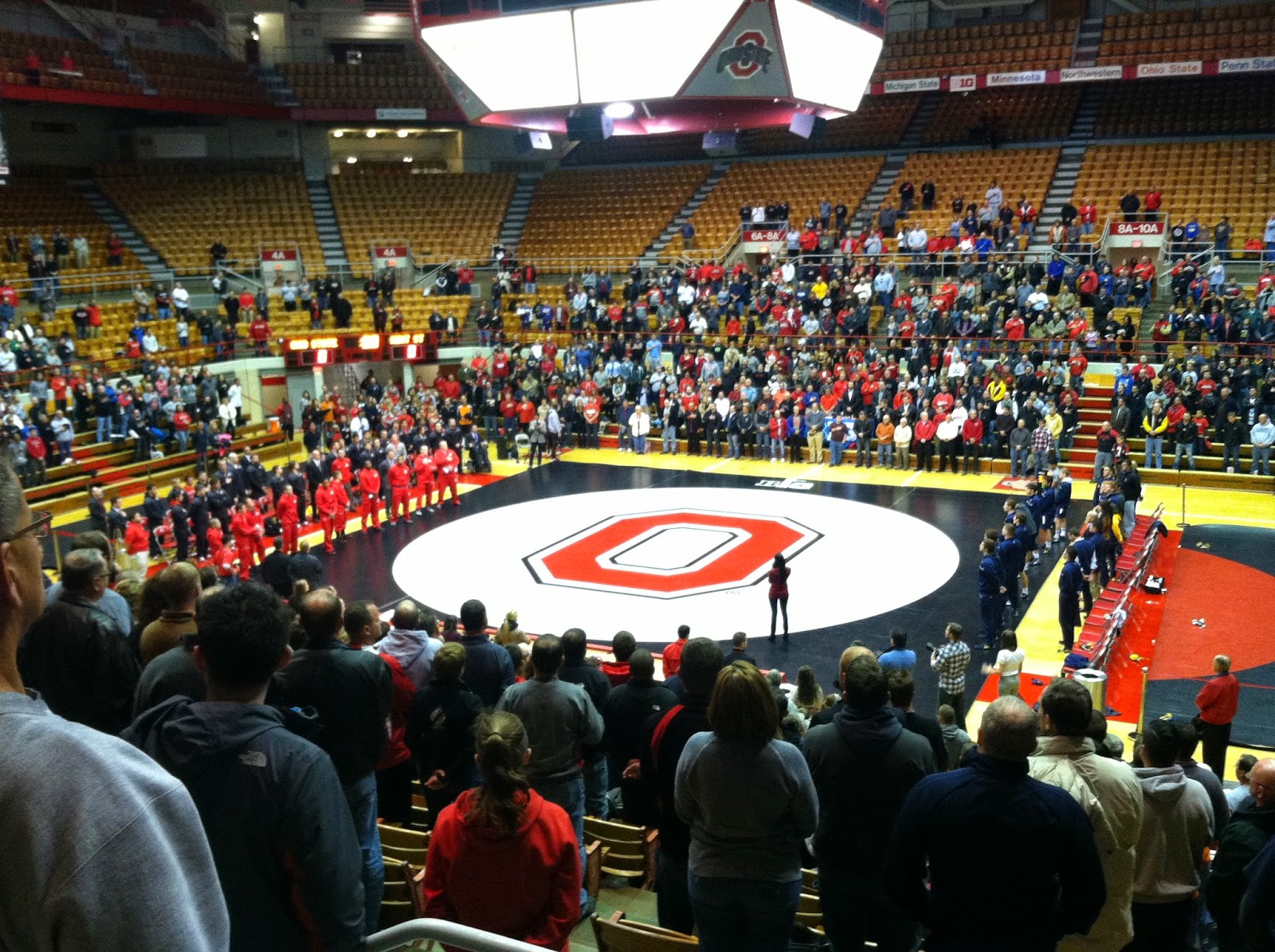 St. John’s Arena is a beautiful building that my father and grandfather used to take me to as a kid to watch OSU basketball, and is actually perfect for wrestling.  Not a bad seat in the house and the home team had a solid showing though Kent St. is not necessarily a powerhouse.  The evening started  with the presentation of Logan Stieber’s national championship banner (3 years running, looking for his fourth this season).  The championship banners lined the north and south upper bowl and included some familiar names to fans of MMA; Mark Coleman & Kevin Randleman, as well as champions going back to 1940.  Just a wonderful atmosphere to watch NCAA Collegiate wrestling. Watching Logan Stieber dominate his opponent was certainly a highlight, but the premier of true freshman Kyle Snyder was what most of us were eager to see.  I mean check out these stats, they literally seem unreal: 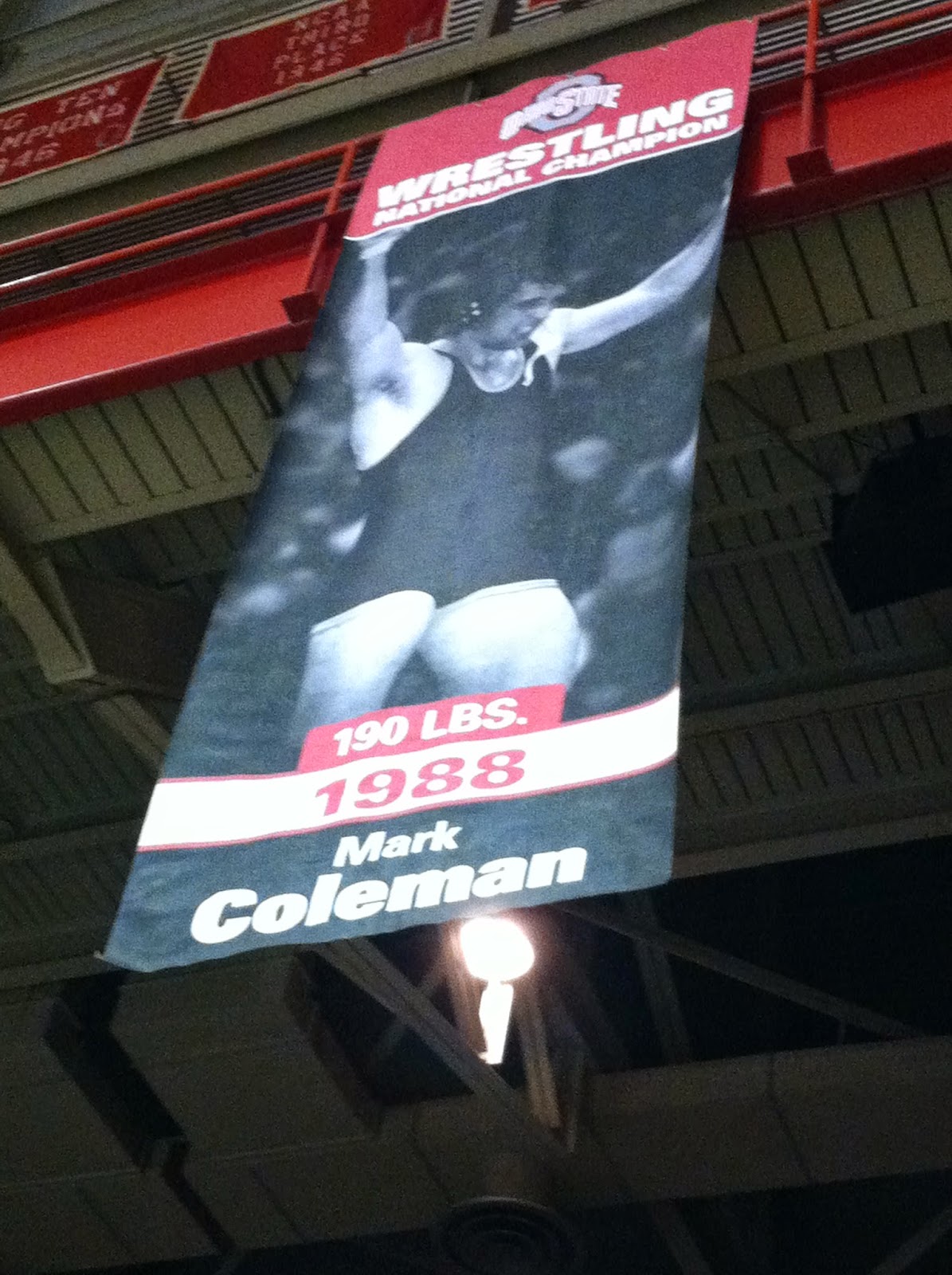 Between the Stieber brothers, Kyle Snyder, and stand outs such as Josh Demas their are high hopes for a solid shot at the NCAA championships for OSU.  If you are in the area you really should pick up the fam and take them.  It is affordable, fun, and you are supporting one of the most important sports in the world.

Thanks To Tim Cartmell